2017 has been a rough year in some ways, but in others, eventful. Perhaps, the universe has sent me a bit of support because this year it has been my privilege to be one of the writers on The Edward King Project.

The painter Edward King is connected to Portsmouth through his time as a patient at St James Hospital in Milton and is notable for painting scenes of the blitzed city.  King moved to South Harting near Petersfield with his brother in 1884 where he eventually married.  However, when in 1924 Edward’s wife Amelia died of consumption he suffered a breakdown as a result. King was committed to St James Hospital in 1925, where he lived until he died of a stroke in 1951.During his time at the hospital, King continued to paint and draw, encouraged by the staff to try and help alleviate his depression.  He became a familiar figure in the area as he sat painting scenes of houseboats or the hospital farm.  After the Blitz, Denis Daley Lord Mayor of Portsmouth, commissioned Edward King to paint the bomb damage to the city.  King went out each day, with an attendant and painted a series of over 30 scenes that graphically show the war torn state of the city.

Local writer Annie Kirby, put together a team of fourteen writers who were challenged to write and performed stories based on his artwork in the hope of promoting the artist and mental health problems.

More information and the stories can be found here:

I have worked with many of the writers before, but still I was in awe of the level of work they produced. And I thought I would share some images of the event. 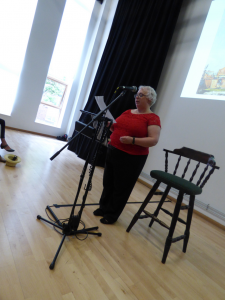 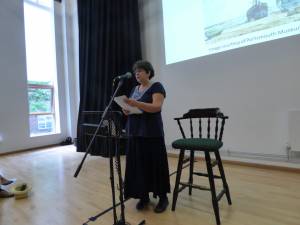 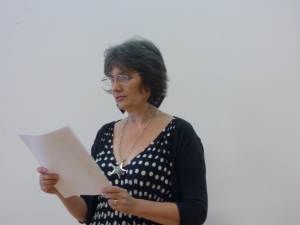 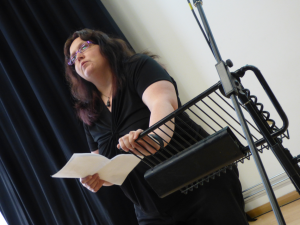 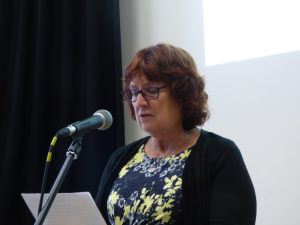 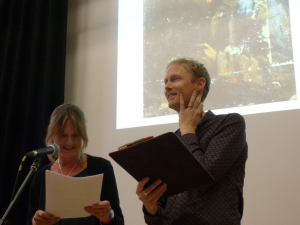 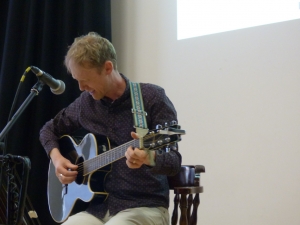 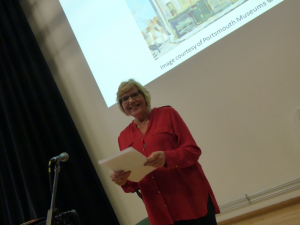